— exploring (the edge of an) unknown territory as a pharmaceutical researcher

Can you tell us a little bit about your overall experience as a speaker at TEDxOdense last year?

It was fantastic, it was one of the best experiences that one can have giving a talk. As researchers, we’re often going to conferences and giving talks, but this is completely different. The difference is that usually when you go to a conference, you have people in the audience that are in your field, so they’re all experts in what you’re going to say. Whereas at TEDxOdense you’re the expert, you’re in control of the situation, and there’s nobody in competition with you. Everybody wants you to succeed, everybody wants you to get the best out of it. It’s just amazing. Also just telling people things they’ve never heard before, so you can see their eyes go bigger. That’s quite a unique experience.

So it was more of a “performance talk” than the kind of talk you would usually do at a conference?

Yes, exactly! So it’s in between, because you have all these rhythm exercises and the training. The speaker team was excellent at following up and keeping us on the schedule, and they were very well trained. I’ve been to other TEDx-conferences, where they have the outline of the talk on screens, whereas for us it was just “be out there and look at the audience and focus on them”. So it was a lot about giving people a really authentic talk. I really appreciated that focus and the professionalism of the team, that was fantastic.

What do you remember best about that day?

I remember very well the feeling right before going on stage. I was so excited, I couldn’t wait to get out there, and I was with my “kind-of-angel” from the speaker team, Ioana Lazarescu, and with the TEDxOdense speaker coach, Adam Montandon. We were behind the scenes, in the back of the stage area, and we were dancing and jumping and grooving to get the good vibes and the good juices running. It was really energizing and I was tremendously excited. And then afterwards, you’re like on a cloud. You really get that buzz of glory. During the break, people would just stop me, and they were very friendly. Usually, if I go to an event myself, and I see the speaker, I would be like “Oh no, I can’t just go up to them, they’re too cool!” But now, if I go to events, I know how they feel, so I will just go up to them and tell them they did an awesome job. It’s nice to have seen that other perspective!

What do you think the audience learned from your talk?

In the first row was my twin sister and her boyfriend, who are both pharmacists like me, and they hadn’t heard my talk before. When I finished, they came up to me and said I had talked about such cool things, even some that they didn’t know much about beforehand. So I thought that if they learned something, then people that have never heard about any of this before, they’ll have learned a lot more. 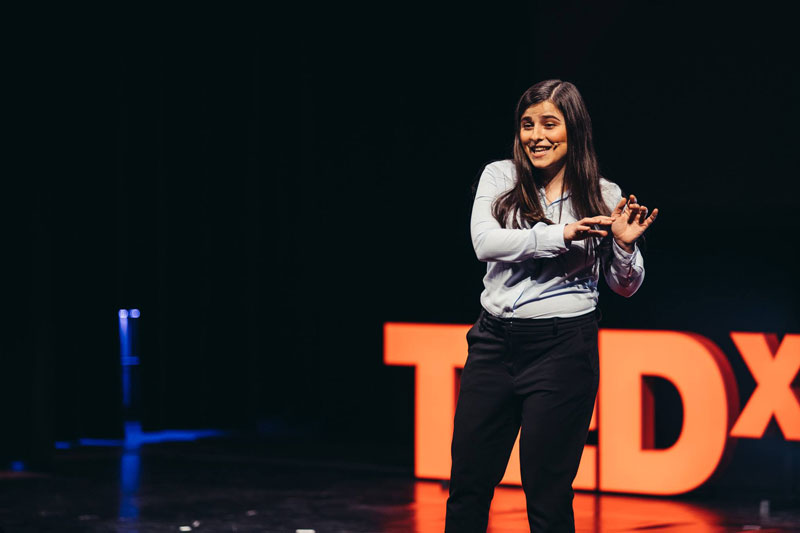 Your talk was very technical, or at least very specialized, so how was it to prepare to make that accessible to the common public?

I got tons of help and feedback from Michael [Magee, on the TEDxOdense 2018 speaker team], who is a marine biologist, and he’s really good at talking about all kinds of scientific topics. It helped me a lot, because he understood everything I dobut at the same time is not directly in my field, so he  provided that very-much-needed critical perspective and feedback.
Adam was also very good at just pointing out the fun and interesting things. My talk was created with a lot of quality input from the outside that you seldom have when you give a scientific talk. And I think that that’s actually one big problem with scientific communication—that many people are not very open to getting honest feedback and often just follow the same presentation techniques. We had a very intimate process, where people told me to not be afraid to be vulnerable or be funny. It was a very nice and safe space to be in, where I felt a lot of trust and good energy, which truly helped me thrive.

That’s great! So the whole preparation part of your talk was a good experience for you?

Yeah, it was fantastic, and I’m absolutely sure I can use that throughout my career when giving presentations, and it helped me a lot to become more comfortable when talking to a crowd of people and saying “Okay, now it’s my turn”. Also, because I speak very fast, having somebody just focusing on the way I talked was amazing.

Also, you talked a little bit about it, but how did you feel when you were then actually standing on the red dot, on the stage?

It’s almost like a dream, the way I remember it. It’s more like a fantasy in my mind. It’s quite an experience, but it’s very hard to describe how it feels. It’s a state of mind rather than something to be put in words. Just like jumping from an airplane or bungee jumping, you can’t really describe it, but when you finish, the next day you think “Okay, so when do I do this again, or what? What happens now? What’s next?”

This year’s event theme is The Edge of Brilliance. Have you ever felt like you were on the edge of something?

Oh yeah! As a researcher, you are there! You’re in unknown territory. You can very easily fall and it can go very bad, or you can just fall, and then you can fly. So of course that’s what you are as a researcher, you’re at the Edge, and that’s something you need to be ready to accept. 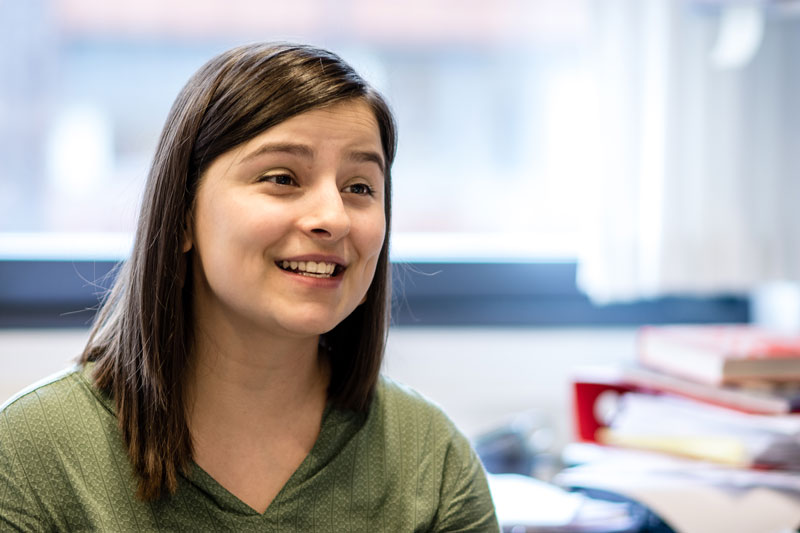 And what’s next for you, research-wise and personally?

Well, I have to finish my Ph.D.! I’ve been to Sweden for four months with a scholarship, and I worked with one of the best groups in the world in my field, so it was just fantastic. I’m going to give a talk on the 30th of April at Studenterhuset, which is going to be after TEDxOdense 2019, so if people still want to get more, I’ll be giving a talk at Science and Beers there. But I’m not going to talk about my work, I’m actually going to talk about a very controversial topic that I think, as a pharmaceutical scientist I’m quite entitled to talk about—I’m going to talk about psychedelics, but beyond the Flower Power. People usually associate psychedelics with hippies, but there’s a lot of emerging research that says it can be used in psychiatry. It’s going to be more of an intro, a crash course, on what they mean and how they’ve transformed our culture. And we’re also working on publishing another fun project researching on beer, driven by our Ph.d.-association. e experimented on some myths about beer, like how people tap on the top of cans of beers before opening them, and we tested this—if you tap a fizzy beer before opening it, does it reduce the spillage? I can’t tell you the result on record, because now we’re publishing it! But all in all, I love having a lot of fun research-stuff around outside my actual research.

Finally, what’s your best advice for the speakers of this year?

To practice! And another thing I did that helped a lot, and that Heather [Hansen, TEDxOdense 2018 speaker] also did, was to make a funny storyline of my talk. I took all kinds of funny images that represented my talk and put them next to each other, and it really helped me memorize it. Also, I would always recommend the upcoming speakers to go all in, and to look at the public—look at them, but don’t focus too much on them, because it’s so easy to lose focus, and you have to remember that you’re there and you have to perform and it’s your turn now. It’s going to be their turn at some point, but now it’s your turn, so go all in and enjoy it!

And what would you advise for the audience?

Bring a notebook! And take notes, write quotes. And spread the word, there’s been a lot of hard work involved for the organizers and speakers, so help them spread the word and share the talks! And also, go to the speakers, ask them questions, approach them! Because they can’t wait for it. Get the most out of it.