TED as a concept and conference was founded in California in 1984 to create a platform devoted to spreading worthy ideas, condensed into concise and powerful talks of no more than 18 minutes. The thought was, that any idea worth spreading could and should be pitched in that time. The focal points of TED lend themselves to create the acronym that became the name itself — Technology, Entertainment and Design — and today these themes cover almost all topics from science to business to global issues. The wild start to TED led to it becoming an annual event and soon developed into several offspring events, the independently organized TEDx Events, which help bring great ideas to local communities.

TED is a global community, where the power of ideas is believed to be not only life changing, but also world changing. This, TED seeks to do for free via the online space of easily accessible, recorded TED and TEDx Talks. Curiosity and community are what keep the ideas flowing year long! And the agenda of the mothership, TED, is simple: make great ideas accessible and spark deeper understanding and engaging conversations. 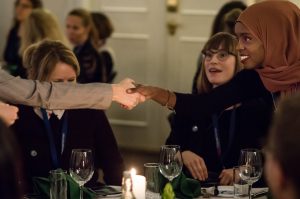 In the name of spreading worthy ideas, TED has not only expanded globally to locally arranged TEDx conferences, but also diversified the themes, foci, and initiatives. Thus, in 2010 TEDWomen was coined. TEDWomen is a three-day conference focusing on celebrating the achievements of female-identifying changemakers, or people working to lift marginalized groups in society. A large part of the focus of TEDWomen is on female-centered issues, such as diversity and gender discussion, but the conversation seldom ends there. The conference sparks daring discussions that further societal development, understanding, and pioneering risk-takers of tomorrow.

The theme of TEDWomen is globally implemented every year, as TEDx’s create their own TEDxWomen locally. This year, we’re looking forward to watching show-stopping, jaw-dropping, and altogether innovative talks on the Bold and Brilliant and bringing them to TEDxOdenseWomen, where special videos of talks held at TEDWomen in California will be curated and premiered alongside our live TEDxOdenseWomen speakers.
Both TEDWomen and TEDxOdenseWomen as events are places for inspiration and for recognizing the incredible work championed by women and girls in all fields. TED and we welcome anyone — not only women — to gather in celebration of moving forward, boldly and brilliantly, while helping to shape our future. 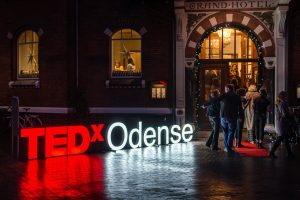